Zum Inhalt springen
Startseite
Allgemein
Is Facebook above the law? 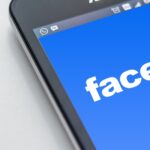 The American company Facebook does not seem to want to rely on the German legal system when it comes to controversial posts or statements. Such posts are reviewed and judged according to an internal system. The penalties here are not prison sentences or fines, as specified in the German Criminal Code, but banish those affected from the digital realm. This exclusion can be temporary or permanent – by Valentin Schulte Volkswirt & stud. iur at the law firm Dr. Thomas Schulte, Berlin.

The German legal system is reaching its limits

It can be observed that a large part of the Internet is dominated by a few American companies, among which the Californian company Facebook is counted. Other well-known brands of the Facebook Group are Whatsapp and Instagram. However, it is no longer just vacation pictures that are made accessible to other people via the platforms on offer. Facebook is now a popular advertising platform and is used to shape political opinion.

German law now applies in Germany. However, the legal system reaches its limits when it comes to internationally operating corporations. For example, Facebook conducts its European business through Facebook Ireland Ltd. with headquarters in Dublin. As a result, the legal rules of the European Union at least apply to this company. Investigations by German public prosecutors, however, quickly reach their limits in the case of parties who do not have a summonable German address. A discontinuation of proceedings is usually the result.
Generally speaking, it is difficult to reconcile Facebook’s business model with the European Union’s emerging privacy concerns. For example, Facebook’s advertising is so successful primarily because it can be highly customized to the respective target group. Facebook knows its users very well and in most cases knows what needs to be offered to the respective user in order to successfully sell goods or services. Privacy concerns stand in the way, of course. The better Facebook knows its users, the better advertisers pay. This is understandable from a business perspective.

Facebook posts can be reported after publication by other users to be reviewed internally at Facebook. The decision of Facebook employees is then mostly binding and results in either the account being blocked or allowed to continue. However, this does not seem fair. It is clear that Facebook, as a private company, also has freedom of contract, which means that the company may decide for itself whether and to whom accounts are made available on its own platforms. However, Facebook has a very strong market position, so it is not easy to switch to competing platforms. The Federal Constitutional Court ruled on this on May 22, 2019, on a dispute between a German party and Facebook regarding account blocking (1 BvQ 42/19). The applicant party appears to be politically attributable to the right-wing spectrum and used a Facebook account for the dissemination of political messages. Facebook then blocked the account and, following a complaint from the party, even had the account deleted. The party invoked Article 3 of the Basic Law (principle of equality before the law) and demanded equal treatment compared to other parties. Article 3 of the Basic Law is attributed to fundamental rights. Fundamental rights are intended to regulate the relationship between citizens and the state. Application between private parties is not normally envisaged. However, in the case of a „specific situation,“ the Federal Constitutional Court assumes that fundamental rights can also have an indirect effect in this case. As a result, Facebook had to observe the principle of equal treatment and thus unblock the account.

This ruling showed that Facebook’s decisions do not have to be accepted without resistance. Facebook account blocks can be reviewed in court, which improves legal certainty for users. If an account is blocked, those affected are advised to consult a lawyer.

The Kanzlei Dr. Schulte attorneys is successfully civil-legally since 1995 emphasis in the area of the Internet, Reputations- and competition right active. It represents country widely the interests of individual investors. Supplementing sender data with the Kanzleistandort find you in the imprint on the Internet side www.dr-schulte.de.